Recently, a sporting goods industry has become a fierce olympic game. Li Ning, intertwined with internal and external conflicts, has become a prey for Peak. Subsequently, both parties declared that this message was false. 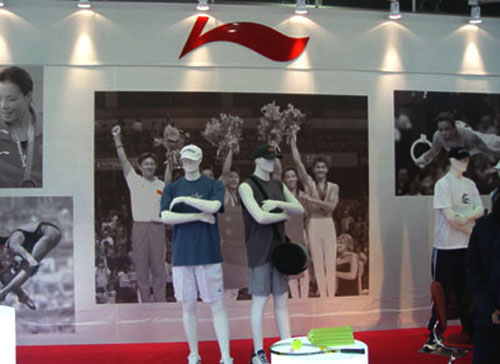 According to rumors, the Fujian native sports brand, Peak, has negotiated with Li Ning to restructure under the auspices of a well-known global investment bank.

Yesterday, the reporter called the CEO of the Peak Group, Xu Zhihua. Xu Zhihua said that the statement issued by the official Weibo prevailed. According to the statement, Peake stated that it had not conducted any negotiations and negotiations with any company on the restructuring and acquisition activities, nor has it reached any written or oral consensus and agreement. At the same time, Li Ningâ€™s director of public relations, Li Wei, said publicly that with respect to reorganization, it can be said with certainty that there is absolutely no such thing.

A management person from Peake told reporters that the reconstructed Wulong incident began with a joke played by Xu Jingnan two years ago. Xu Jingnan personally mentioned the idea of â€‹â€‹restructuring with Li Ning. In fact, Peak did not pass any organizational reorganization issues, and Chairman Xu Jingnan has not had any interaction with Li Ning for more than a decade.

"I have never heard of the intention of the two sides reorganizing the matter. There are many factors that speculate on the whole matter." Ma Gang, an independent commentator on the sporting goods industry, said that the restructuring of Li Ning by Peak is not realistic and of little significance.

"The problems of closing shops and stocks also exist in Li Ning. If a company carrying its own burdens restructures another company with the same problems, it will only drag on each other," said Ma Gang.

Although the rumors have been denied, this oolong incident in the industry reflects the adjustment period of the sports industry.