At the end of May 2014, sponsored by Zhuji Municipal People's Government, Alibaba, Taobao, Juhua, and Tmall's four e-commerce platforms jointly launched the â€œWorld Seeing Pearl New Fashion Zhuji 520 Network Pearl Culture Festivalâ€. Nearly one month of "520 Network Pearl Festival" not only drove the grand hotspot of Zhuji Pearl's hot-selling e-commerce platform, but also took a solid step for the "City of Pearls" to implement the "e-commerce-for-market" policy call, and more successfully attracted the media. The world, the fashion circle, and the public netizens pay close attention to the Zhuji pearl industry.

We observe from the perspective of the media and record the main points of the first "Zhuji 520 Network Pearl Culture Festival". These observations reflect the exploration and reflection of the industry trend in this "520 Pearl Festival", the display and prospect of the e-commerce market, reflecting the conscious awareness and professional maturity of the organizers. We will sort out these points and condense them into keywords to take stock of the new elements, new symbols and new ideas brought out by the first "Zhuji 520 Network Pearl Culture Festival", and try to integrate and upgrade the Zhuji pearl industry in the future. E-commerce continues to develop to provide some records and references. 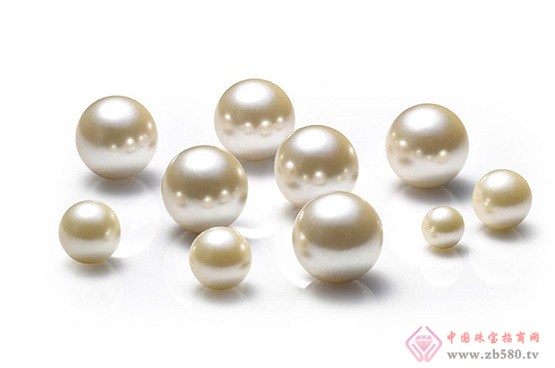 In 2013, the pearl from the town of Yamashita was once presented to the foreign head of state by the national leader as the â€œNational Giftâ€ of China. Can Zhuji Pearl, which is well-received, be awarded another honor in the e-commerce world? It is one of the highlights of this year's "520 Pearl Festival".

No one can deny the radiance of the pearl capital. However, from the current market perspective, the successful experience and market focus of the entire Zhuji pearl industry is never in the e-commerce field. In other words, in the wave of e-commerce that has risen, the world-famous Zhuji Pearl is still Jiguang. Although the local pearl brand represented by leading companies such as Qianzu, Yushi and Tiandirun has successfully operated in Tmall Mall, but with the future development of the industrial cluster, Zhuji Pearl still needs to open up the land in the e-commerce battlefield. .

Under the efforts of the main organizers and contractors, in this â€œ520 Network Pearl Culture Festivalâ€, more than 20 pearl brands of origin, including the top five brands such as Qianzu, Qi Shi, Jiali, Shuiyu Paradise and Tiandi Run, passed Alibaba. Platforms such as Taobao, Juhua, and Tmall have appeared one after another. With the deepening of the activities, all platforms have been successful, sales have been hot, and records have been repeatedly refreshed. The â€œ520 Pearl Festivalâ€ has achieved great success.

This success is based on the insight and adaptation of the market trend. It is not so much a "telecom capital" to the "Pearl Capital", it is better to see it as a win-win situation.

This "Zhuji 520 Network Pearl Culture Festival" has set up a rich activity link. In nearly one month, Zhuji pearl products from different brands and various styles have appeared in Alibaba, Taobao, Juhua, Tmall, etc. Large e-commerce platform. The organizer selects the corresponding channels for the products with different attributes to complete the precise layout of differentiated marketing, reflecting not only its familiarity with the pearl industry, but also its professional operation in the e-commerce market.

As early as May 7, Alibaba platform has launched the homepage focus map, launched "hot pack buy" and "full 30 fold" and other activities, recommended small and medium-sized businesses in the Zhuji pearl industry chain to the global jewelry wholesalers . On the eve of the 515, the Pearl Jewelry of Minamata Paradise has taken the lead in bidding at the â€œTaobaoÂ·Auctionâ€. From May 21st to 23rd, Jiali, Tiandi Run, Qianzu, Qi Shi and other big-name treasures will also appear in the â€œTaobaoÂ·Auctionâ€ and push the â€œ520 Pearl Festivalâ€ to a climax.

In the "poly cost-effective" front, the explosions of brands such as Heath Platinum, Minamata Paradise, Tiandi Run, Yinsheng, Yongbao and other brands went through the "TV purchase" to welcome customers from all walks of life. Twenty-five brands of 25 exquisite pearl jewellery, led by famous brands such as Tiandi Run and Yushi, also appeared in the â€œpoly cost-effectiveâ€. Among them, Shilan, Guangji, Aili Platinum, Huibao and other brands completed the â€œE-commerce first showâ€. .

It is worth mentioning that all the platforms of Ali are matched with powerful advertising resources for this â€œZhuji 520 Network Pearl Culture Festivalâ€. During the event, on the homepage and channel homepage of Alibaba, Taobao, Juhua, Tmall, etc., there are prominent homepage focus maps, or frequent advertisements to complete the drainage. This move is also regarded as the "E-commerce Empire" to pay special attention to the "520 Pearl Festival."

Mother's Day originated in the United States. The date of the appointment is the second Sunday of May each year, and the Mother's Day of 2014 is May 11. â€œBig Dataâ€ from the Ali platform shows that the peak of pearl sales during Mother's Day. Netizens are accustomed to using pearls to express filial piety. Businesses often use the potential to launch a variety of "cherished", "precious", "cherished" activities, and carry out a grand warmth promotion.

For the "Zhuji 520 Network Pearl Culture Festival", which is the main concept of "520", the advancement and diversion of the mother's day pearl consumption has become a test. It can be said that the "Pearl Festival" and "Mother's Day" PK are competition with many merchants, competition with netizens' consumption habits, and competition for the Internet to snatch marketing resources.

To this end, the organizers have made sufficient preparations. On the eve of Mother's Day, through the network media, search engines, forums, SNS voices, "Zhen love 520, preferential margins over the calendar year Mother's Day", "the most favorable in history, almost double 11", "Mother's Day is not anxious to shoot, 520 audience Two folds, "A wave of sounds followed, and the first to win.

After 10 days, more than 20 pieces of the five major brands led the sale of the whole line, and the supply was in short supply, which proved the forward-looking nature of this propaganda campaign.

At 10 o'clock on the morning of May 20th, the "520 Network Pearl Culture Festival" opened on the spot. 12 brands from Yushi Pearl, Mink Heaven, Yongbao Pearl, Haizizi, Guangji Pearl, Heath Pole, Yinsheng, Baofulan, Opal, Li Kezhen, Water Year, and Peculiar Pearl For the first time, 22 pearl jewelry grouped together to make a good deal, with a â€œlowest price in historyâ€ as low as 0.8%.

Only 2 hours after the opening of the group, a number of products on the line have been sold out, and the total sales exceeded 1 million. The hot trend of pearl sales has pushed the peak of the sales of the "Double 11" pearl category. The event started only 10 minutes, 300 pairs of "sea son" drop earrings sold out! For 30 minutes, the 2300 swan necklace pendant from "Water Margin" is also sold out! After 3 hours, 22 products The total sales have exceeded 600,000, and a total of 7,226 units have been sold in less than 10 hours. With the 520 event on the day, the sales of â€œWater Margin Paradiseâ€ is the TOP1 of the whole category of pearls!

On May 21st, the "Zhuji 520 Network Pearl Culture Festival" ushered in a moment - a necklace earring set from Belle Pearl, which was sold at the Taobao auction for 4.26 million yuan.

On May 22nd, the "520 Pearl Festival" was re-transmitted. At the spring auction held by Taobao, the Queen of the Queens TheQueen's series, a single pearl necklace number 140417001 was shot at a price of 5.21 million yuan.

The pearl is amazing and the price is amazing. The two big-name counterfeits that are sold in heavy weight show not only the profound cultural heritage of Zhuji Pearl and the confidence of the first-time e-commerce. Compared with the shock brought by the astronomical figures, we are more willing to regard it as the crowning glory of the world of pearls.

It is worth mentioning that the success of the "520 Pearl Festival" is not only the combination of pearls and e-commerce industry, but also attracts the focus of fashion and entertainment.

On May 15th, the launching ceremony of â€œWorld Seeing Pearl New Fashion Zhuji 520 Network Pearl Culture Festivalâ€ was held in Sheraton Hangzhou West River Resort. Ms. Li Jinming, the movie star and the hit drama "Love Apartment 4", appeared at the launching ceremony. The black dress is simple and sexy, and it is elegant and elegant, which perfectly explains the brilliance of the pearl. During the exhibition, KIMI smashed five "Amoy Girl" in white dresses on stage, and the beauty pearls came and looked forward to make the scene and the audience shout loudly, and the flash was one after another.

The next day, entertainment websites led by Guangming.com and China Net Entertainment announced their announcements. China Fashion Network, China Jewelry Network, Mina Fashion Network, World Jewelry Network, Women 361 and other online media also focused on the reports, fans of Li Jinming. Spontaneously published in the forum, post bar, Weibo and other channels, a considerable number of "chasing stars" maps were published, marking a strong circumstantial evidence for the success of the "520 Pearl Festival".

With the addition of the stars, the extension of the "520 Pearl Festival" was enlarged, and the festival was upgraded from a commercial-based promotion to a media hotspot with both news attributes and cultural attributes. We may wish to regard the communication effect triggered by the star of the opportunity as the "egg" of the first "520 Pearl Festival".

The first "Zhuji 520 Network Pearl Culture Festival" lasted nearly one month. The combination of "Pearl Capital" and "E-commerce Empire" led to the successful premiere of the Zhuji Pearl Industry's large-scale e-commerce business. Under the guidance of local government leaders and industry associations, the pearl products of different origins, rich in layers, and different orientations, and the various platforms of the Ali system, each winning the field, in the first collective appearance, achieved A win-win situation between market effects and communication effects.

For nearly half a century, the freshwater pearls of "MIDEIN Zhuji" have a worldwide reputation. With the tide of e-commerce sweeping across the globe, whether the Pearl Capital can be plugged into the wing of e-commerce, and the glory of the network market in the far-off world, and then continue to be brilliant, is an important issue for the transformation and upgrading of the entire industry and high-rise building.

In recent years, the provincial party committee and the provincial government have vigorously promoted the policy call for â€œe-commerce exchange for the marketâ€, which has given an important opportunity for the upgrading and development of the Zhuji pearl industry. The two-way demand for the e-commerce giants and the pearl industry is also contributing to the â€œZhuji 520 Network Pearl Culture Festivalâ€. "The general trend."

For the success of the first "Zhuji 520 Network Pearl Culture Festival", Yan Huajun, vice president of Zhejiang E-Commerce Promotion Association, believes that: firstly, it plays the role of brand promotion, followed by the realization of sales efficiency, and the third has a large number of " Fans."

At present, Zhuji City has established the China Pearl E-commerce Industrial Park. Although Zhuji's annual pearl production is reduced by 7%, sales are increasing at a rate of 20% per year.