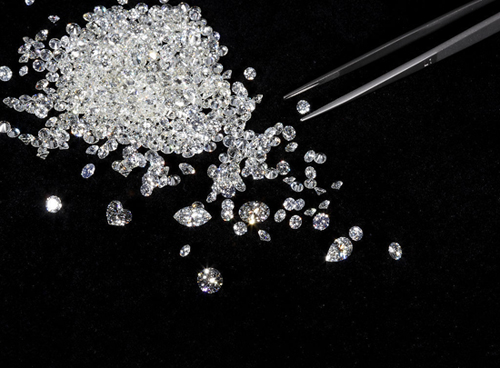 The surge in the prices of various commodities surged, and diamonds as high-end consumers also took the opportunity to increase their â€œworthâ€ prices this year. Rising prices of diamonds due to imbalances in supply and demand may continue until the end of the year. However, industry insiders also suggested that investment in diamonds should not be blind.

International Diamond Price Increases Some Types Five Times this Year and Surpasses 30% Diamond Prices Continue to Grow The chairman of The Carat Club, Zeng Wenyong, told the China Business News: â€œFrom the end of last year to the present, the average price of international diamonds has risen by an average 30%, of which 3 and 5 carat diamonds rose more than 30%.â€ He expects diamond prices to rise by at least 20% by the end of the year.

Since February of this year, the world's largest diamond blank supplier De Beers raised the price of rough diamonds by 15%, and other global diamond suppliers BHP Billiton and Petra Diamonds have also raised their prices. In mid-June, the international diamond price was raised again. This is the fifth time this year's international diamond offer has been raised. The largest increase has been focused on rough diamonds of more than 3 carats. At this point in 2011, the cumulative increase in inter-temporal quotes reached an average of 30%.

The rise in upstream prices is also reflected in the retail side. Lian Yongxiong, chairman of Hongkun Jewelry, told this newspaper: â€œWe have already raised the prices of supplies in April, and this part of our sources has a retail price fluctuation of around 10% to 20%.â€

The staff of Bharfari Diamond (China) Co., Ltd., who is engaged in the wholesale of diamonds, told this reporter: â€œHow much raw rough diamonds have gone up and how much our prices have gone up.â€

Why does the imbalance in supply and demand diamond prices continue to rise? The president of an international diamond processing and trading company analyzed the reporter and pointed out: â€œThe reason for the rise in diamond prices is due to the relationship between supply and demand. The rough diamonds produced by suppliers themselves are limited, and the supply of rough diamonds is still a monopoly, De Beers accounted for. The worldâ€™s largest share of global rough diamond supply, the global price is basically determined by it.â€

The other end of the limited supply is a growing demand. Zeng Wenyong said: â€œSince 2008, because of the bad economy, all diamond dealers have reduced their inventory in the supply chain, but no one would have thought that the economy has changed so fast, especially in China, India, Russia and Brazil. Large, diamond sales in the Chinese market are growing at a rate of 30% annually."

The De Beers report pointed out that in 2010 China and India, the two largest emerging economies, saw strong diamond consumption, up 25% and 31%, respectively. The demand from China, Hong Kong, and India accounted for about one-fifth of global diamond demand. .

The president of the above-mentioned international diamond processing trade company also expressed his concern: "With the high growth of the Chinese diamond market, upstream suppliers are more worried about the shortage of background resources, which will affect the future of the entire jewelry industry and the subsequent development of emerging markets."

Investors should be cautious about higher diamond prices and attract more and more people who are keen to invest in diamonds and become new investors in 2011.

Chinese investors have always lagged behind in the investment field and have also sparked an upsurge in diamond investment. But for diamond investment, the repurchase and liquidation channel is an important part. Overseas, diamonds can be realised through mortgages, auctions, and jewellery company buybacks. With the GIA and HRD diamond certificates in hand, investors can easily cash diamonds in many European and American cities.

In addition, it is difficult for general pawnbrokers to identify diamonds. Shanghai Diamond Exchange is also only open to eligible members