With the improvement of people's living standards, more and more people buy crystal jewelry, but many people do not know the true and false of the crystal when they buy it. Now Xiaobian has compiled a copy of how to identify the true and false. Crystal knowledge, I hope to help everyone!

(1) Seeing: In the process of forming natural crystals, it is often affected by the environment and always contains some impurities. When observing the sun, you can see the faint uniform small horizontal stripes or catkins. The fake crystals are often smelted with crystal slag and glass slag. After polishing and coloring, there is no uniform streaks or catkins.

(2) Tongue: Even in the hot summer days, using the tongue to rub the surface of the natural crystal, there is a cold and cool feeling. Fake crystals have no cool feeling.

(3) Illumination: The natural crystal is placed vertically under the sunlight, and it can give off beautiful brilliance from any angle. Fake crystals can't.

(4) Hardness: The hardness of the natural crystal is large. Use the gravel to gently stroke the ornament, leaving no traces; if there are streaks, it is a fake crystal.

(5) Check with a polarizer: 360 degrees under the polarizer is a natural crystal with four dark and four dark changes, and no change is a fake crystal.

(6) Check with two colors: natural amethyst has dichroism, and fake crystal has no dichroism.

(8) Check with hair silk: Put the crystal on a hair silk, the human eye can see the double shadow of the hair through the crystal, it is natural crystal, mainly because the crystal has birefringence. 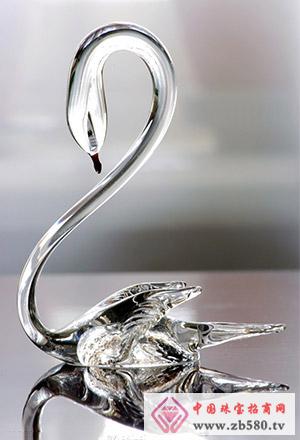 Identification of natural and synthetic crystals

Crystal, although not a precious gem, is increasingly favored by men, women and children all over the world for its unparalleled medical effects and low price. As a fan of crystal, I hope to have all kinds of crystals, natural or synthetic, but he must know whether his crystal is synthetic or natural.

The biggest feature of synthetic crystal is the presence of a daughter crystal nucleus. If the crystal is nucleated, it is better to judge because the crystal is generally a colorless long-plate column, and the boundary with the surrounding synthetic crystal is clear. However, some colorless synthetic crystals on the market recently are colorless due to nucleation and synthesis. In addition, there are some natural inclusion characteristics in the nucleus or some bubbles between the crystal nucleus and the synthetic crystal, which makes some experienced. It is easy for people to mistakenly think that it is a natural crystal. If you look closely, you will find out which kind of inclusions exist only in the child and the main body. There is a feeling that is surrounded by an invisible wall and breaks without delay. The bubbles between the nucleus and the synthetic crystal are distributed along the wall of the nucleus to form parallel "bubble walls". Some of the bubbles are shaped like a scorpion, and the heads are arranged outward toward the wall. Natural crystals often have clusters arranged along one side, but this surface is often single and undulating, and the inclusions that make up the surface are often found to be two inclusions under a gem microscope. Not just bubbles. The difference between the two is still obvious.

The second characteristic of synthetic crystals, especially colored synthetic crystals, is the uniformity of smoke. The color of the whole necklace is more uniform, especially the yellow crystal series and the synthetic crystal of brown and black. The natural yellow and brown, black crystal colors are often not uniform. Natural crystals are not only uneven in color, but also often in tea tones (except for tin crystals). What is more interesting is that under the white light at night, the tea yellow crystal does not have a little yellow color. It is completely like a tin crystal, if it is mixed with tea crystal. Good identification. The synthetic citrine I have seen is pure and uniform in color, with individual shades that are darker, but without tea tones, and will not change color under nighttime white light.

It is worth noting that in the synthetic amethyst, there are often some deep purple patches with good orientation, which are easily reminiscent of the characteristics of irregular swatches in the natural amethyst. The biggest difference between the two is that the deep purple chromophores in the synthetic amethyst crystallize in parallel with the flaky orientation, and the size and shape are not much different. The dark purple tablets are likened to the floating "purple cloth", which is naturally in the amethyst. The purple group can be seen as a floating "purple smoke group". This is the main difference between the two.

Natural crystals, especially amethysts, have a feature that is a hexagonal ribbon like the sapphire. It is interesting to note that in some synthetic green crystals, parallel ribbons often appear, and the ribbons develop parallel to the sub-nucleus in layers. I have also seen a series of synthetic green crystal necklaces, yellow and green countryside, very similar to the natural crystal ribbon, plus some brown translucent solid impurities inside, it is easy to mistakenly think it is natural green crystal, but the formation of synthetic crystal The ribbon is distributed parallel along the wall of the sub-nucleus, and the angle between the objects is flat and the angle of the object is the same. The color spectrum of the necklace is the same, and the color bandwidth of each particle becomes the same, giving an excessive â€œstep-by-stepâ€. Unnatural feeling.

The third characteristic of synthetic crystals is that they are clean and flawless. Natural crystals often have inclusions and cotton, while synthetic crystals are crystal clear. Individual synthetic crystals have bubbles or some solid impurities. Recently, some synthetic crystals often have some triangular long tubular pores in which there are green flaming red powders. The long tube is characterized by parallel arrangement in one direction, the section is triangular, and there are often uneven green fire red powder distributed along the wall, the middle is often empty, and the end of the long tube has a tendency to become sharp. The true natural hair crystal is a crystal containing minerals such as tourmaline, actinolite, rutile, etc. These minerals have a gas crystal shape, such as the "bamboo-like" shape of the amphoteric stone. They are wrapped in crystals, arranged in a non-directional manner, thick and slender, short and different, often accompanied by inclusions and cotton inherent in natural crystal.

The above is a small series for everyone to sort out how to distinguish true and false crystals, more knowledge, please click Jewelry Encyclopedia!

This styling ,warming coat shuts out wind,rain,and snow to keep you comfortable in any weather.

60-g PrimaLoftÂ® Gold Insulation Eco, with 55% post-consumer recycled content, is water-repellent, highly compressible and maintains 98% of warmth, even when wet